Would you like to switch to the accessible version of this site?

Don't need the accessible version of this site?

“Logan” 13 months old neutered male shepherd mix dog was presented to the Animal Hospital of Lynnwood for bunny hopping on 02/06/2018. Due to active lifestyle and extremely playful puppy, was advised rest, NSAIDs, and Tramadol. On 02/20/2018, Logan was acutely lame in left rear leg. Examination revealed painful stifle and hips. X-rays were done to rule out hip dysplasia, panosteitis, and cranial cruciate ligament tear. X-rays revealed severe delayed bilateral ossification defect due to condition called osteochondritis dissecans of tibial tuberosity—not so common disease. Treatment plan included orthopedic consult for surgical intervention versus conservative therapy of rest with restricted exercise, aquapuncture, and cold laser therapy three times weekly initially. Follow up x-rays were advised at 2 month intervals. Logan was limping off and on depending on his activity level. 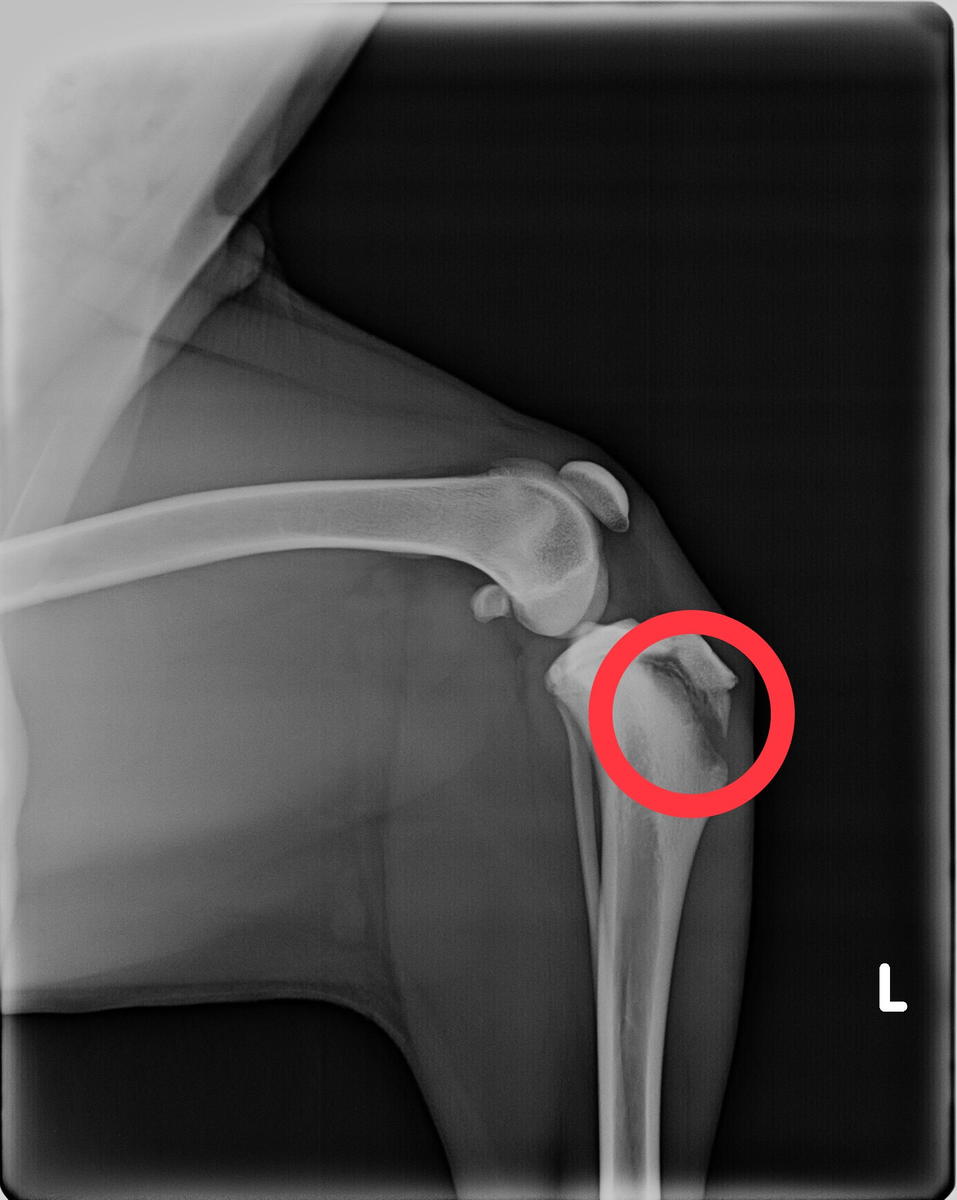 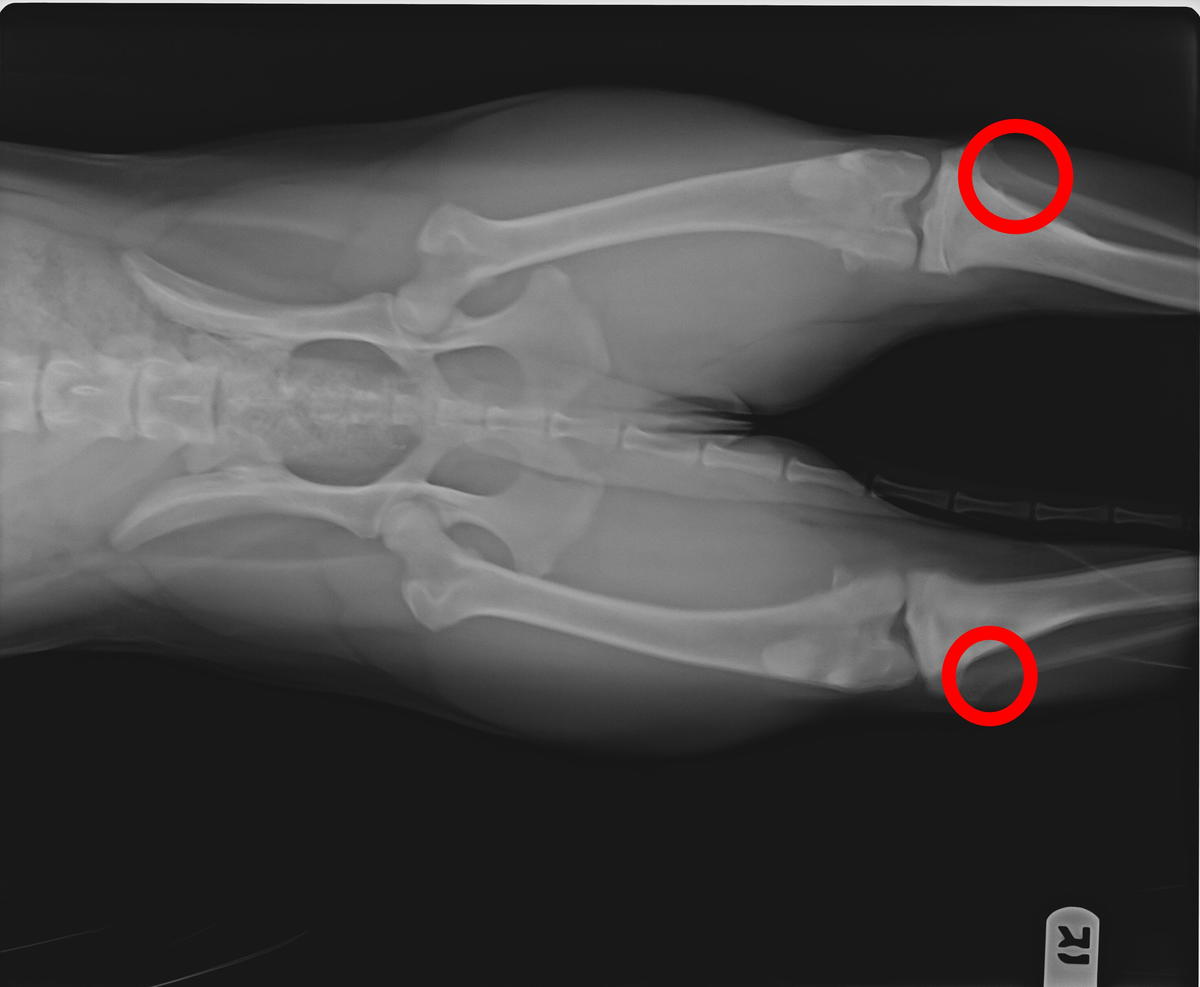 Follow up x-rays on 04/05/2018 showed some improvement in the lesions and also some degree of improvement in limping. At this time class IV cold laser and aquapuncture was reduced to once a week until June 6th 2018 with follow up x-rays to be scheduled in 6 to 8 weeks. Logan has dramatically improved in gait and playing more now without limping. 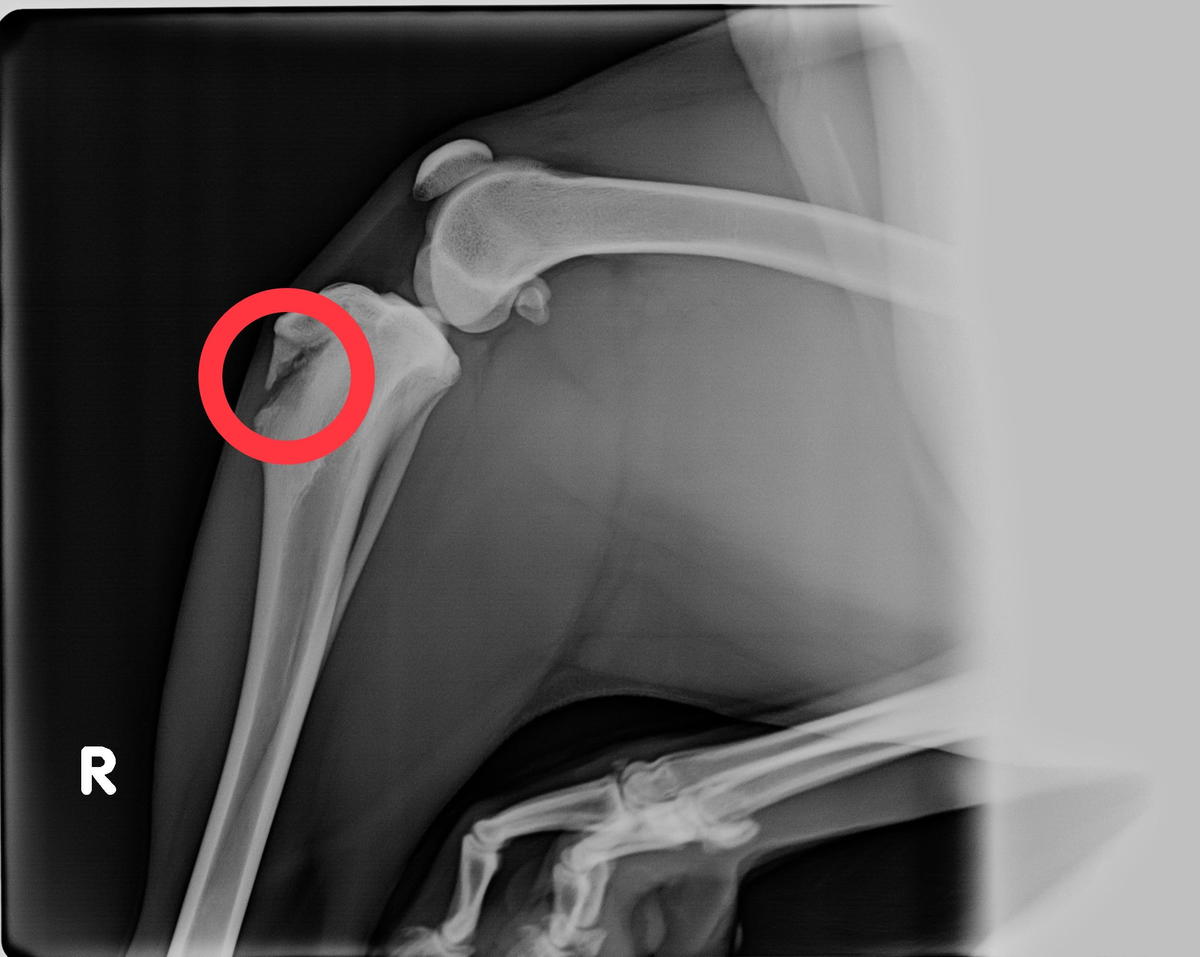 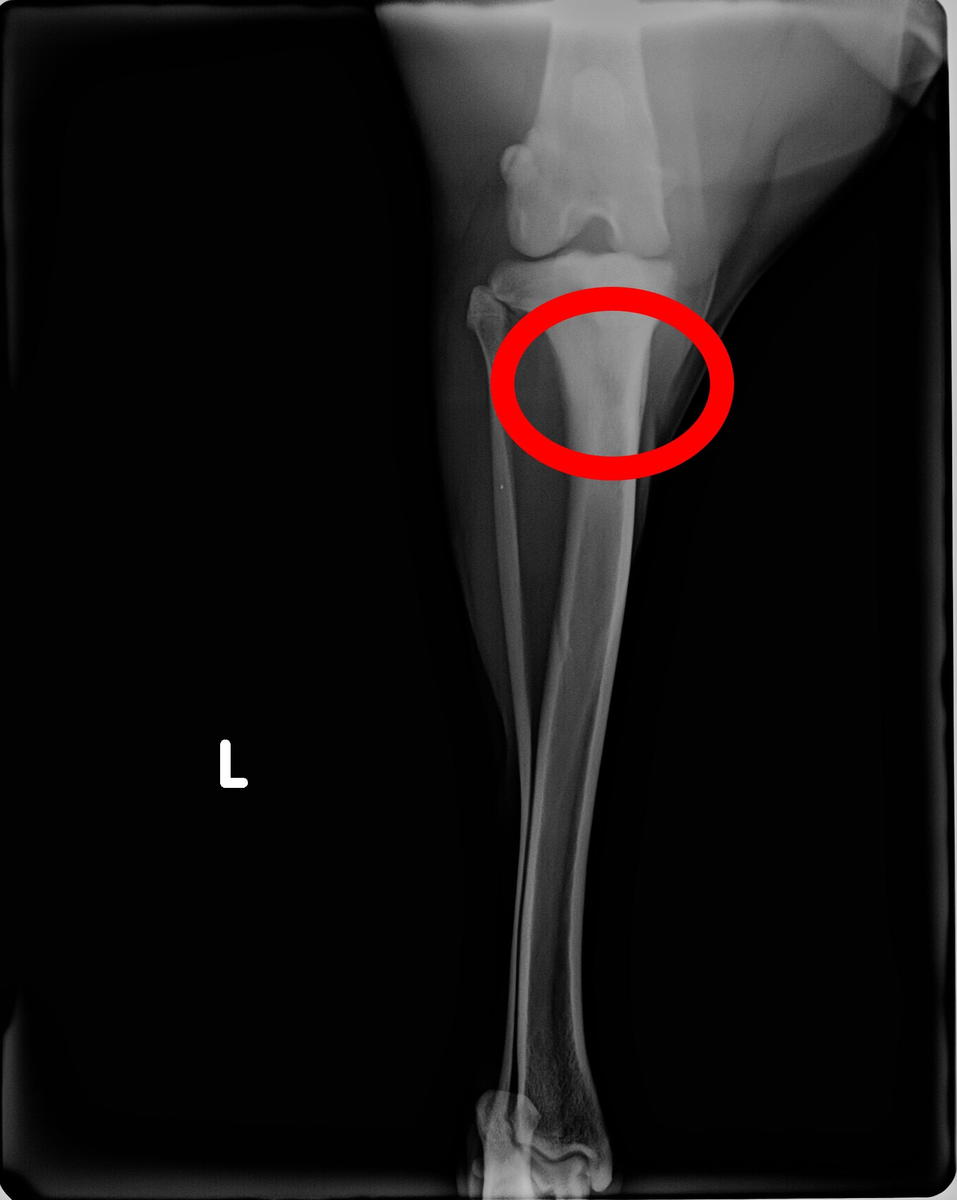 X-rays were repated on 08/14/2018 showing complete resolution of lesions and no limping reported by owner since June 2018, though second opinion was sought for this condition and surgical intervention could have been considered, it would most likely would have led to degenerative joint disease/osteoarthritis of the affected joints. Conservative therapy with class IV laser and aquapuncture seems to have helped resolve these lesions with hope to delay the onset of degenerative joint disease/osteoarthritis. We are very happy with this outcome. 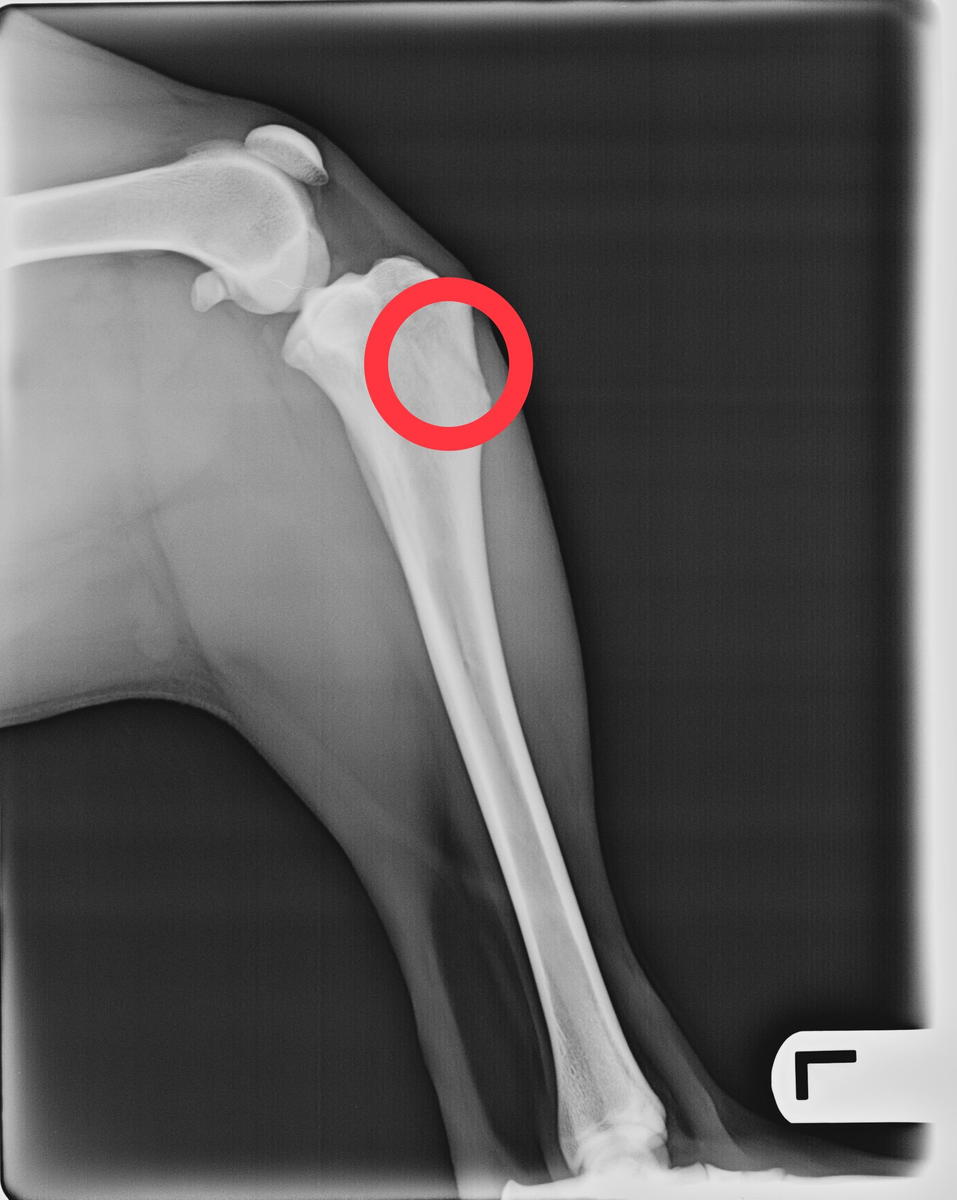 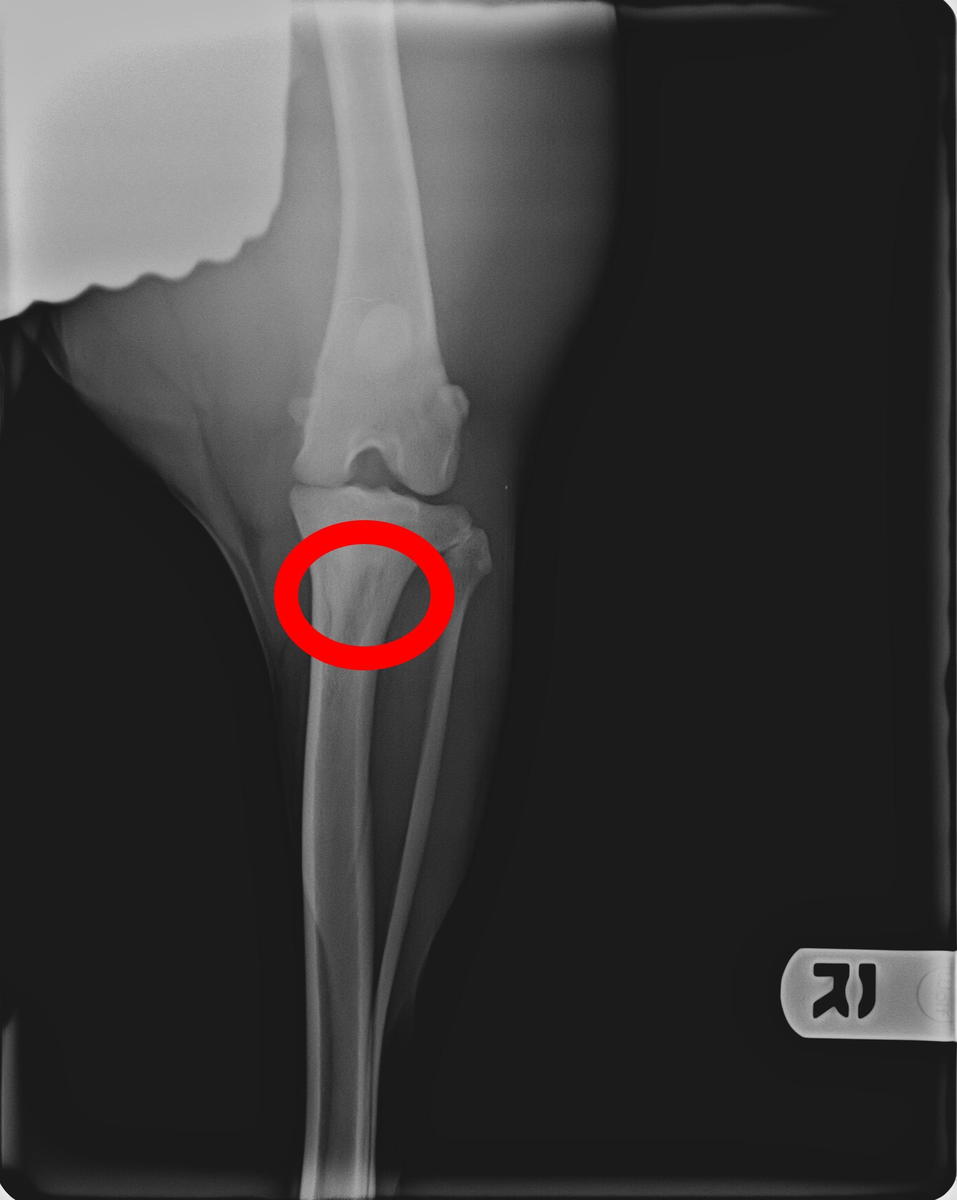 This is a therapy using a non-invasive laser device on affected areas to promote healing of damaged tissues or ligaments.

This is a modality that makes use of small needles inserted into specific points along the body to promote healing and pain relief. Aquapuncture is a specific form of acupuncture that in which fluids (such as B-12 vitamins) are inserted via needles into the acupuncture points.

Find us on the map

Read What Our Clients Say